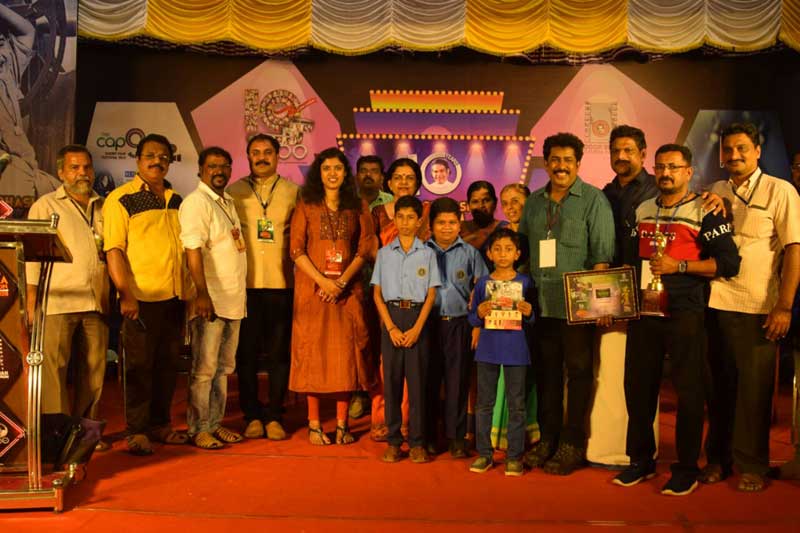 The Social Service Club of our school got rare opportunity to play a constructive roli in the making of a documentary which reflects the fulfillment  of the first phase of  the Kerala State  Government’s  coveted  project ‘Life Mission’-building homes for the homeless. The story, screen play and dialogues of this short film ‘Sreehariyude Kshenakathu’ have been done by Smt. Vrinda P J, our senior Malayalam faculty. The lead roles are played by Abhiram, our student of class VII and smt, Jayasudha ,our computer faculty. The CD release of this short film was done by our honourable Mayor Sri. V.K.Prasanth and CEO, Kerala Life Mission Dr.Adheela Abdulla  IAS at the press club on 15th May, 2018. Awards were presented to our school, Smt Vrinda, Smt. Jayasudha, Master Abhiram and all others who had acted in this short film. This short film was shown in all  Government schools of Kerala on June 1st during Praveshanotsav. This documentary was screened on 27th June at

‘Sreehariyude kshanakathu’ bagged  the award for the short film with a good social message  in  ‘The Capsule Short Film Festival’  , 2018.